Leading a small group is a huge obligation. Small group bible studies require a great deal of time, energy, and emotional resources. In addition, group leaders often have to deal with logistical issues such as finding a meeting place and keeping members informed. It sounds like splitting these duties between two people would make the job much easier. Unfortunately, this is not always the case.

“Too many cooks spoil the soup,” says an old saying. Two leaders may mean a group is pulled into two different directions if co-leaders don’t make the effort to work together. Here are a few tips for successfully and gracefully sharing the job of being a group leader. 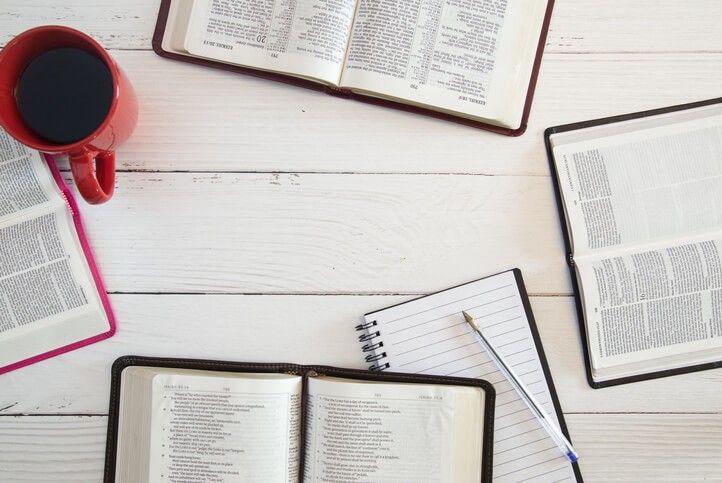 The person that you choose to be a co-leader should have a compatible personality and communication style. In addition, you should both have a similar vision for the group and compatible theological attitudes. This doesn’t mean that you need to be identical in all or most ways; you can be very different as long as you agree on what is important and get along.

In fact, having people with very different personalities lead a group can lead to a dynamic atmosphere with the best of both worlds!

You should immediately set a main method of communication with your co-leader as well as with the group as a whole. Programs like StudyChurch make this simple. Not only can you communicate with each other, but you can easily see what materials and communications have gone out to the group. However you choose to communicate, make sure it is efficient and effective.

The whole point of having two small group leaders is to have half the duties! Prayerfully discuss how you will split duties early. Maybe one person has a special gift for a certain area; on the other hand, maybe one of the leaders wishes to take on duties that will allow him or her to grow in faith. Splitting duties will ensure that you don’t step on each other’s toes, duplicate the same tasks, or end up with an important duty forgotten.

Micromanagement is caused by either ego or anxiety, neither of which befits a child of Christ. Once you have split duties, let the person in charge of them complete them according to their own style. If you notice consistent issues, pray about the best way to broach them.

Triangulation is when one person tries to play two people against each other. It does not always happen on purpose, but can be especially common in groups with two leaders. We have all observed children do this to some degree with their parents. As with children, it can be resolved by open communication between all parties and refusing to engage in negative talk about the other leader. Be on the lookout for subtle triangulation so this never becomes a huge problem.

Working with another small group leader can allow you twice the blessings with half the workload. Following these five steps will ensure that your small group is successful and can receive the spiritual gifts of good leadership. Learn how to engage your small group in new ways.

Get the latest posts delivered right to your inbox